Healing Emotional Wounds: A Story of Overcoming the Long Hard Road to Recovery from Abuse and Abandonment (Paperback) 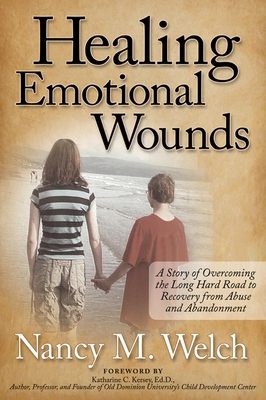 Healing Emotional Wounds: A Story of Overcoming the Long Hard Road to Recovery from Abuse and Abandonment (Paperback)


Not On Our Shelves—Ships in 1-5 Days
Nancy's labor pains were harsh and long, close to seven years, in fact. Conceived by Ukrainian parents, her two adopted children, Alyona and Alec, began their rebirth six years later in an American city near the East Coast shoreline. Healing Emotional Wounds-A Story of Overcoming the Long Hard Road to Recovery from Abuse and Abandonment is a compelling chronicle of metamorphosis that gives testament to the power of love, encouragement, and resolve over the desperate circumstances of abuse, neglect, and abandonment. This unvarnished story recounts the tumultuous road to recovery of two six-year-olds adopted from Ukraine and takes the reader through a mosaic of emotions from anger and frustration to laughter and bewilderment. This action-packed drama of the family's first seven years reads like fiction, but it's real. The high-stakes adventure is replete with volatile behaviors, love, intrigue, sadness, police intervention, unwavering faith, doggedness, emotional fluctuations, and humor. Three main characters emerge, along with a large supporting cast of friends, family, neighbors, and community: 1) Alec, born prematurely to a substance-abusing mother, who spent the early part of his life swathed in a blanket cocoon almost devoid of human touch; 2) Alyona, found on the streets at age four or five and returned to the orphanage by her Italian adoptive family after only six weeks due to her aggressive behavior; 3) Nancy, a single, early fiftyish professional who feels called to adopt these children. The antagonist in this saga is the history of abuse and abandonment, but the real heroes are the children, who emerge from the abyss of hopelessness to live lives of confidence, love, and expectation. Healing Emotional Wounds-A Story of Overcoming the Long Hard Road to Recovery from Abuse and Abandonment affirms the hope of healing through commitment, hard work, extensive family and friend support, a "never quit" attitude, and an unyielding resilience and focus.
Board certified in both pediatrics and public health/preventive medicine, Nancy M. Welch has been a public health director in Virginia since 1976. She also holds master's degrees in health administration and business administration. Her most valuable preparation, though, for the parenting challenges of her two adopted children is having grown up as the second eldest of five children to parents who provided unending support, encouragement, and belief in the ability of each child to overcome any obstacle to achieve their aspirations. Nancy is an accomplished community speaker and public health spokesperson, having appeared in all media formats on topics ranging from community health assessments and public health response to local crises, health education, and medical school graduate classes. She has received numerous recognitions, including Distinguished Lynchburg College Alumni and YWCA Distinguished Woman.