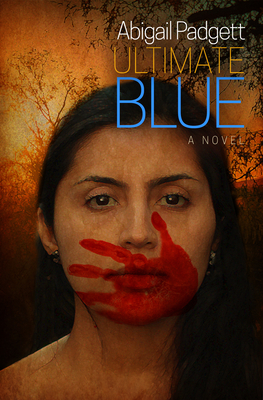 The California desert hasn't changed, but everything else in Blue McCarron's life is about to. After the inevitable break-up with partner Roxie in Philadelphia, Blue drags herself home--to the tumbleweeds, sidewinders, and emptiness.

A part-time job teaching Social Psychology at a private university in nearby San Diego provides at least the appearance of a life. But when Lupe, an unfriendly colleague invites her to a Mexican rock concert, everything in Blue's life begins to shift. And when the gorgeous rock star is kidnapped and the campus is blanketed with flyers calling for the death of a young, gay Spanish professor, Blue finds herself in the middle of a brand new mystery--who is behind the paper threats?

Fighting a growing and inappropriate attraction to the just-divorced Lupe, Blue searches for the culprit amid oddball board members, rancorous academics, and obscure Latin American politics. And when the threat lands at Lupe's doorstep, Blue is left with only her instinct to stop it.

Agatha and McCavity Award-winning author, Abigail Padgett grew up in Vincennes, IN, and holds degrees from Indiana University, the University of Missouri and Washington University, St.Louis. She has taught high school English and college courses in Sociology and Creative Writing in San Diego and Boston, directed an ACLU chapter in Houston, and worked as an advocate for the mentally ill, plus enduring some truly weird temp jobs. San Diego is now home, although she spends much time on the East Coast and in France. She is a dog person happiest in the company of dachshunds, a lapsed vegetarian with heartland food preferences, and a lifelong fan of Poe, Algernon Blackwood, and the Graveyard Poets.