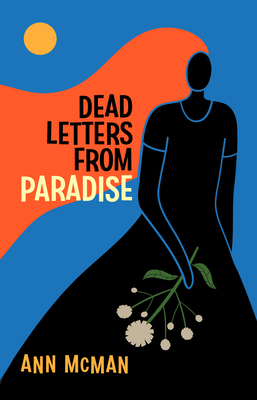 Two-time Lambda Literary Award-winning author Ann McMan introduces readers to a spinster postal investigator for the Winston-Salem Dead Letter Office who finds herself enmeshed in the mystery of solving who is sending undeliverable love letters to the town's 18th-century hortus medicus.

The year is 1960, and Gunsmoke is the most popular show on TV. Elvis Presley tops the Billboard charts, and a charismatic young senator named John F. Kennedy is running for president. And, in North Carolina, four young Black men sit down at a Woolworth's lunch counter and demand service.

One sunny Spring morning, EJ's world is turned upside down when she is handed a stack of handwritten letters that have all been addressed to a nonexistent person at the garden. This simple act sets in motion a chain of events that will lead EJ on a life-altering quest to uncover the identity of the mysterious letter writer--and into a surprising, head-on confrontation with the harsh realities of the racial injustice that is as deeply rooted in the life of her community as the ancient herbs cultivated in the Moravian garden.

When EJ is forced to read the letters to look for clues about the anonymous sender, what she discovers are lyrical tales of a forbidden passion that threaten to unravel the simple contours of her unexamined life. EJ's official quest soon morphs into a journey of self-discovery. Her surprising accomplice on this quest becomes a savvy, street-smart ten-year-old wielding an eye patch and a limitless supply of aphorisms. Together, the unlikely duo makes pilgrimages to a tiny town called Paradise to try and crack the case--while ultimately learning better ways to navigate the changing world around them.

Included in Autostraddle's list of 92 of the Best Queer Books of 2022.

Included in Out in Print's Favorite Books of 2022.

Ann McMan is the author of twelve novels and two short story collections. She is a two-time Lambda Literary Award recipient, a five-time Independent Publisher (IPPY) medalist, a Foreword Reviews INDIES medalist, and a laureate of the Alice B. Foundation for her outstanding body of work. She lives in Winston-Salem, North Carolina.