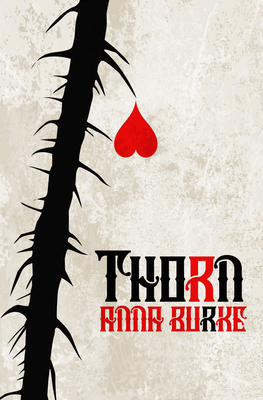 On a cold day deep in the heart of winter, Rowan's father returns from an ill-fated hunting trip bearing a single, white rose. The rose is followed by the Huntress, a figure out of legend. Tall, cruel, and achingly beautiful, she brings Rowan back with her to a mountain fastness populated solely by the creatures of the hunt. Rowan, who once scorned the villagers for their superstitions, now finds herself at the heart of a curse with roots as deep as the mountains, ruled by an old magic that is as insidious as the touch of the winter rose. Torn between her family loyalties, her guilty relief at escaping her betrothal to the charming but arrogant Avery Lockland, and her complicated feelings for the Huntress, Rowan must find a way to break the curse before it destroys everything she loves. There is only one problem--if she can find a way to lift the curse, she will have to return to the life she left behind. And the only thing more unbearable than endless winter is facing a lifetime of springs without the Huntress.

Thorn was named to the American Library Association's 2020 Over the Rainbow Fiction Longlist.

Raised in Upstate New York, Anna Burke graduated from Smith College in 2012 with degrees in English Literature and Studio Art. She holds a certificate from the International Writing Program at the University of Iowa; and was the inaugural recipient of the Sandra Moran Scholarship for the Golden Crown Literary Society's Writing Academy. Anna's debut novel, Compass Rose, was written while living on a small island in the West Indies, but Thorn is a product of a long, cold New England winter.