After Survival: Resilience Among Young Sudanese People in Australia (Paperback) 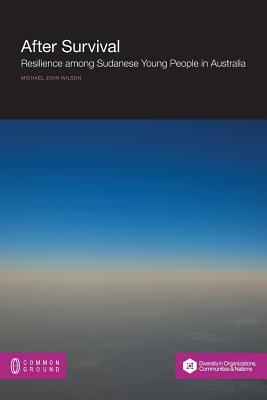 After Survival: Resilience Among Young Sudanese People in Australia (Paperback)


Not On Our Shelves—Ships in 1-5 Days
The increasing prevalence of populations affected by war and other disasters makes a revised understanding of human resilience, now more than ever, a vital area of public and academic significance. As we enter the 21st century, humankind will inevitably be faced with a series of traumas, many of which are as yet unimagined. To meet these challenges, we, as a global collective, will need to develop specific capacities and resources for coping, enduring, innovating, and creating hope, all of which are involved in the formation of resilience. This book explores the unique, unexpected and life-affirming ways that young Sudanese refugees in Western Sydney have responded to a particular kind of adversity and how their accumulated capacities of resilience has contributed to their ability to settle effectively in Australia. Critiquing the early psychological discourse on resilience that defines the phenomenon largely as an individual trait or set of behaviours, this book highlights the dialogical interaction between the individual and the social aspects of resilience. After Survival investigates the formation of resilience in the everyday lives of young Sudanese men and women in contemporary Australia. The book's critical interdisciplinary approach to the question of resilience will appeal to an international market and have far-reaching implications for the ways in which resilience is hereafter conceived. If resilience can be accumulated at the level of the individual it follows that it can be accumulated as a form of capital at the communal, national, and international levels in very real and meaningful ways.