Gleanings from Elisha, His Life and Miracles (Paperback) 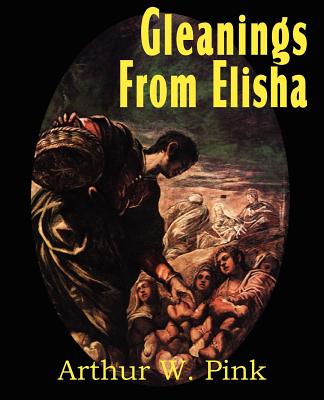 Gleanings from Elisha, His Life and Miracles (Paperback)


Not On Our Shelves—Ships in 1-5 Days
(This book cannot be returned.)
"That Which Occupies the central and dominant place in what the Spirit has been pleased to record of the life of Elisha is the miracles performed by and connected with him. Far more miracles were wrought by him or were granted in answer to his prayers than any other of the Old Testament prophets. In fact the narrative of his history consists of little else than a record of supernatural acts and events. Nor need this at all surprise us, though it is strange that so few seem to grasp its implication and significance. The character of Elisha's mission and ministry was in thorough keeping with Israel's condition at that time. The very fact that these miracles were needed indicates the state into which Israel had fallen. Idolatry had held sway for so long that the true and living God was no longer known by the nation. Here and there were individuals who believed in the Lord, but the masses were worshipers of idols. Therefore by means of drastic interpositions, by awe-inspiring displays of His power, by supernatural manifestations of His justice and mercy alike, God forced even the skeptical to recognize His existence and subscribe to His supremacy." Arthur Walkington Pink was an English Christian evangelist and Biblical scholar known for his staunchly Calvinist and Puritan-like teachings. Though born to Christian parents, prior to conversion he migrated into a Theosophical society (an occult gnostic group popular in England during that time), and quickly rose in prominence within their ranks. His conversion came from his father's patient admonitions from Scripture. It was the verse, Proverbs 14:12, 'there is a way which seemeth right unto a man, but the end thereof are the ways of death, ' which particularly struck his heart and compelled him to renounce Theosophy and follow Jesus.