Memory and Trauma in the Postwar Spanish Novel: Revisiting the Past (Paperback) 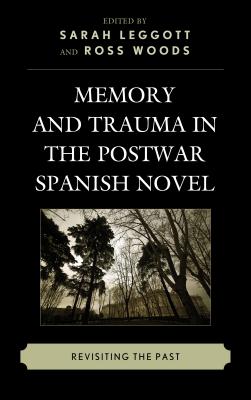 Memory and Trauma in the Postwar Spanish Novel: Revisiting the Past (Paperback)


Not On Our Shelves—Ships in 1-5 Days
In recent years, much Spanish literary criticism has been characterized by debates about collective and historical memory, stemming from a national obsession with the past that has seen an explosion of novels and films about the Spanish Civil War and Franco dictatorship. This growth of so-called memory studies in literary scholarship has focused on the representation of memory and trauma in contemporary narratives dealing with the Civil War and ensuing dictatorship. In contrast, the novel of the postwar period has received relatively little critical attention of late, despite the fact that memory and trauma also feature, in different ways and to varying degrees, in many works written during the Franco years. The essays in this study argue that such novels merit a fresh critical approach, and that contemporary scholarship relating to the representation of memory and trauma in literature can enhance our understanding of the postwar Spanish novel. The volume opens with essays that engage with aspects of contemporary theoretical approaches to memory in order to reveal the ways in which these are pertinent to Spanish novels written in the first postwar decades, with studies on novels by Camilo Jos Cela, Carmen Laforet, Arturo Barea and Ana Mar a Matute. Its second section focuses on the representation of trauma in specific postwar novels, drawing on elements from trauma studies scholarship to discuss neglected works by Mercedes Salisachs, Dolores Medio and Ignacio Aldecoa. The final essays continue the focus on the theme of trauma and revisit works by women writers, namely Carmen Laforet, Rosa Chacel, Ana Mar a Matute and Mar a Zambrano, that foreground the experiences of female protagonists who are seeking to deal with a traumatic past. The essays in this volume thus propose a new direction for the study of Spanish literature of 1940s, 1950s and early 1960s, enhancing existing approaches to the postwar Spanish novel through an engagement with contemporary scholarship on memory and trauma in literature.
Sarah Leggott is associate professor of Spanish and head of the School of Languages and Cultures at Victoria University of Wellington. Ross Woods is a lecturer in Spanish at Victoria University of Wellington.