The Intrusions (Carrigan and Miller #3) (Paperback) 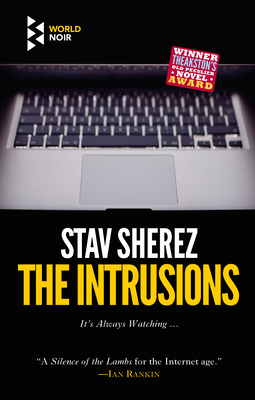 The Intrusions (Carrigan and Miller #3) (Paperback)

This is book number 3 in the Carrigan and Miller series.

A distressed young woman arrives at the police station claiming her friend has been abducted, and that the man threatened to return and "claim her next." Detectives Carrigan and Miller are drawn into a terrifying new world of cyberstalking--where the threat of online intimidation, hacking, and control is ever-present, and disturbing contemporary themes and dark psychology are explored with Stav Sherez's customary skill.

Under scrutiny themselves, and with old foes and enmities re-surfacing, how long will Carrigan and Miller have to find out the truth behind what these two women have been subjected to?

An all-too-plausible entry into a terrifying new world just reaching the public mind--in which a computer can turn against its owner with the push of a button--The Intrusions shows how easy it can be to become an unwilling victim to the new generation of stalkers.

Stav Sherez is the author of The Devil's Playground (2004) (shortlisted for the CWA John Creasey Dagger) and The Black Monastery (2009), and won the Theakstons Crime Novel of the Year Award for The Intrusions, the third novel of the Carrigan & Miller series after A Dark Redemption (2012) and Eleven Days (2013). He has written for the Daily Telegraph and The Catholic Herald amongst others. He lives and works in London.