The Garden of Monsters (Paperback) 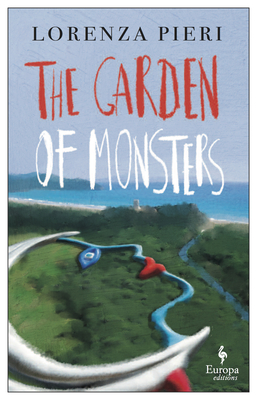 The Garden of Monsters (Paperback)

A rural epic about warring families in modern Italy and an intimate bildungsroman of the artist's journey.

Set over ten years in an unnamed town in the Maremma region of Southern Tuscany, this novel tells the story of two families against the backdrop of a rapidly transforming country. The Biagini are local ranchers, while the wealthy Sanfilippi belong to Rome's upper middle-class. When Sauro, an ambitious rancher, and Filippo, a hedonistic politician, become friends and business partners, the stories of their families become irrevocably intertwined. An influx of the nouveau rich--and the excitement that comes with them--changes political allegiances, family loyalties, moral codes, and sexual identities.

Sauro and Filippo, their wives Miriam and Giulia, and the sons Saverio and Luca are the prototypes of the new Italy, ostensibly emancipated from traditional mores, but at the same time, insecure and blinkered. Fifteen-year-old Annamaria, fragile and anxious, struggles to find her place among them and feels overshadowed by the beautiful and confident Lisa. Luckily, a parallel world is taking shape nearby, the Tarot Garden, the monumental sculpture garden created by the French-American artist Niki de Saint Phalle. It is in this magical place and through her conversations with the artist that Annamaria slowly finds a sense of identity and belonging.

"Pieri adds to a robust tradition in modern Italian literature, popularized by authors like Elsa Morante in Arturo's Island, Italo Calvino in The Path to the Spiders' Nest, and Elena Ferrante in the Neapolitan Quartet: the novel of adolescent disenchantment, in which charmed and secret places are crucibles from which more hardened lives emerge."--Literary Hub

Lorenza Pieri was born in Romagna but spent her childhood and teenage years in the small island of Giglio, off the coast of Tuscany. She studied in Siena and Paris and worked in publishing for fifteen years. In 2014 she moved to the United States, where she works as an author, journalist, and literary translator. Isole minori, her award-winning debut novel was published in Italy in 2016 and has been translated in five languages. This is her first book to appear in English.