The Night of Rome (Paperback) 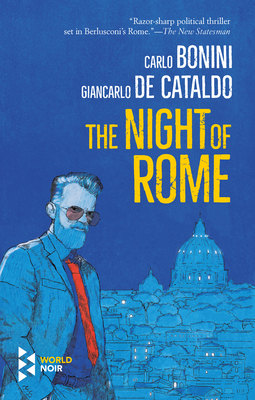 The Night of Rome (Paperback)

Things are changing in Rome. The new Pope, determined to bring radical reform to the Vatican, proclaims an extraordinary Jubilee year, one "of Mercy." A new center-left government replaces its disgraced predecessor. And with crime lynchpin Samurai in jail, his prot g Sebastiano Laurenti attempts to establish himself as the designated successor. But he must reckon not only with a new generation of enterprising gangsters and racketeers--out to carve for themselves a slice of the profits and opportunities offered by the major public works planned for the Jubilee--but also with ambitious newly elected politician, Chiara Visone.

Betrayals, ambushes and infighting will inevitably alter the fragile political balance in the Eternal City. As the sharks circle, some tenuous hope endures in the unlikely alliance of an incorruptible politician of the old left and a young bishop who refuses to play the Vatican's power games. But it remains to be seen whether, in the long night of Rome, there is room for redemption.

Sharp, dark and taut, The Night of Rome is fiction that sails dangerously close to the wind of current events.

Carlo Bonini is a staff writer at the Italian national daily, La Repubblica. Giancarlo de Cataldo is the author of the bestselling novel, Romanzo Criminale, an essayist, the author of numerous TV screenplays, and a judge on the circuit court of Rome. Antony Shugaar's translations for Europa Editions include For Grace Received by Valeria Parrella, Everybody's Right by Paolo Sorrentino, Fabio Bartolomei's Alfa Romeo 1300 and Other Miracles, and Margherita Dolce Vita by Stefano Benni.