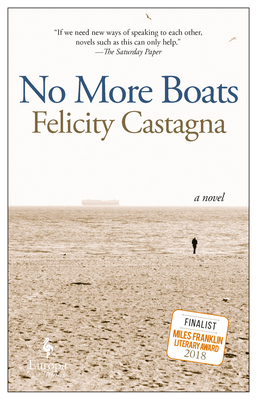 A "timely and powerful" novel that provides "a haunting and compassionate consideration of the question of who can and cannot come into a country" (Publishers Weekly).

Set in Sydney's working-class western suburbs, No More Boats tells of a family whose unraveling lives collide with a refugee crisis known as the Tampa Affair, when over four hundred refugees were left stranded fifteen miles off the Australian coast.
The story revolves around Antonio, an Italian immigrant, his wife, Rose, with a rich back story of her own, and their two children, Nico and Clare--both, in their owns ways, drifting. After a job-related accident forces him into early retirement and the familiar scaffolding of work, family, the immigrant's dream of betterment, is removed from his life, Antonio's mind begins to fragment. Manipulated by the media and made vulnerable by his feeling of irrelevance, Antonio commits an act that makes him a lightning rod for the factions that are bitterly at odds over the Tampa Affair . . .
A finalist for the Miles Franklin Literary Award in 2018, No More Boats is not only a riveting story of a modern family; it also directly addresses issues that many nations are grappling with--immigration, xenophobia, protectionism, racism, media manipulation, and the precariousness of the working poor--and is "full of timely lessons for those pondering the rise of me-first nationalism throughout the world" (Kirkus Reviews).
Felicity Castagna won the 2014 Prime Minister's Literary Award for Young Adult Fiction for her previous novel, The Incredible Here and Now, which was shortlisted for the Children's Book Council of Australia and NSW Premier's Literary Awards, and adapted for the stage by the National Theatre of Parramatta. Her collection of short stories, Small Indiscretions, was named an Australian Book Review Book of the Year. Castagna's work has appeared on radio and television, and she runs the storytelling series Studio Stories.