The Children of Jocasta (Paperback) 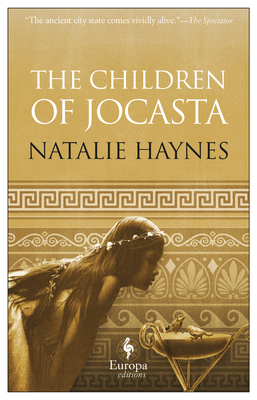 The Children of Jocasta (Paperback)

" A] dark, elegant novel" of two women in ancient Greece, based on the great tragedies of Sophocles (Publishers Weekly).

Thebes is a city in mourning, still reeling from a devastating plague that invaded every home and left the survivors devastated and fearful. This is the Thebes that Jocasta has known her entire life, a city ruled by a king--her husband-to-be.
Jocasta struggles through this miserable marriage until she is unexpectedly widowed. Now free to choose her next husband, she selects the handsome, youthful Oedipus. When whispers emerge of an unbearable scandal, the very society that once lent Jocasta its support seems determined to destroy her.
Ismene is a girl in mourning, longing for the golden days of her youth, days spent lolling in the courtyard garden, reading and reveling in her parents' happiness and love. Now she is an orphan and the target of a murder plot, attacked within the very walls of the palace. As the deadly political competition swirls around her, she must uncover the root of the plot--and reveal the truth of the curse that has consumed her family.
The novel is based on Oedipus Tyrannus and Antigone, two of Classical Greece's most compelling tragedies. Told in intersecting narratives, this reimagining of Sophocles's classic plays brings life and voice to the women who were too often forced to the background of their own stories. "After two and a half millennia of near silence, Jocasta and Ismene are finally given a chance to speak . . . Haynes's Thebes is vividly captured. In her excellent new novel, she harnesses the mutability of myth."--The Guardian
Natalie Haynes is the author of The Amber Fury, which was shortlisted for the Scottish Crime Book of the Year award, and a non-fiction book about Ancient History, The Ancient Guide to Modern Life. She has written and presented two series on BBC Radio 4. In 2015, she was awarded the Classical Association Prize for her work in bringing Classics to a wider audience.