The Young Bride: A Novel (Paperback) 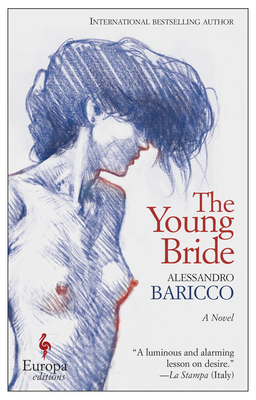 The Young Bride: A Novel (Paperback)


Special Order—Subject to Availability
From international bestselling author, Alessandro Baricco, comes a scintillating and sensual novel about a young woman’s ingress into a fantastically strange family.

The hand of the young woman in question has been promised to the scion of a noble family. She is to make her preparations for marriage at the family’s villa, where the inhabitants never seem to sleep. The atmosphere turns surreal as the days pass and her presence on the family estate begins to make itself felt on her future in-laws.

In this erotically charged and magical novel, Alessandro Baricco portrays a cast of mysterious characters who exist outside of the rules of causation as he tells a story, an adult fable, about fate and the difficult job of confronting the Other and creating an Us.
Alessandro Baricco, beloved by readers worldwide for his innovative take on magical realism, his atmospheric novels and memorable characters, is one of Italy's bestselling and most critically acclaimed authors. His novels include Silk (Vintage, 1998), An Iliad (Vintage International, 2006), and Mr. Gwyn (McSweeney's, 2014).
Praise for The Young Bride

"Mr.Baricco spins it all together into a work of elegance, eroticisim and playful make-believe."
—The Wall Street Journal

"This tale of lost innocence is poignantly told, "written" by a self-aware narrator who seamlessly shifts perspectives, giving the impression of being every character as well as the storyteller."
—The New Yorker

"Opaque, fascinating and delicate, a story that will insidiously grow roots in your mind."
—Lovereading (UK)

"A luminous and alarming lesson on desire."
—La Stampa (Italy)

"It is a book about writing: about the relationship between the author’s life, his state of mind, his craft and his material...Baricco had a fine old time giving this virtuouso literary performance."
—European Literature Network

“Silk has the brilliant colors . . . and the enchantment of a miniature. Vividly erotic.”—Newsday

“Silk is a heart-breaking love story . . . A stylistic tour de force [and] a literary gem of bewitching power.”—The Sunday Times