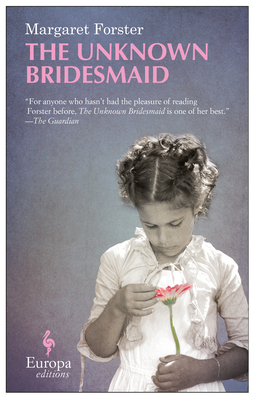 
Backordered
When eight-year-old Julia was asked to be a bridesmaid at her beautiful cousin Iris's wedding, she was thrilled. Nothing, not even her mother's resentment of the expensive, inconvenient trip, could dull her excitement. But, when the day finally arrived and she took her cousin's baby on a secret stroll around the block in his pram, her entire world shifted. She couldn't possibly know the impact the fateful trip would have on her future.

A lifetime later, Julia is a child psychologist working with young girls at risk. In her sessions, Julia has a knack for determining which of her young patients are truly troubled, and which are simply at ther mercy of the oppressive adults around them. Margaret Forster weaves a quietly powerful story of the relationship between past and current reality—when Julia's own troubled childhood begins to invade her present and she is forced to confront her relationship with misplaced guilt, the possibility arises that the truth of her past may not be as devastating as she has always feared.

Forster's subtle writing proves the perfect compliment to the darkness of Julia's past, as she tells a story of maturation, reconciliation, and one woman's psychological evolution. The Unknown Bridesmaid explores personal history and familial bonds, guilt and redemption, to reveal that even the seemingly average life is anything but ordinary.
Margaret Forster studied history at Somerville College, Oxford. She is the author of many successful and acclaimed novels, including Georgy Girl (made into a popular movie and Broadway musical) and Keeping the World Away, as well as two bestselling memoirs (Hidden Lives and Precious Lives) and biographies, including the award-winning Daphne du Maurier: The Secret Life of the Renowned Storyteller.
Praise for The Unknown Bridesmaid

"For anyone who hasn't had the plesaure of reading Forster before, The Unknown Bridesmaid is one of her best."
—The Guardian

"The book it most reminded me of was Julian Barnes's The Sense of an Ending. There is the same sense of psychological detective story, of piecing together the fragments of an unresolved past. But unlike The Sense of an Ending, The Unknown Bridesmaid has a sustained momentum and a more satisfying resolution, while leaving enough unanswered questions to keep the mind ticking over long after the final page has been turned."
—The Guardian

"Margaret Forster is a brilliant and prolific writer... her latest novel is one of her best. It's a gripping read."
—The Observer

"Nobody is better then Margaret Forster, with her clear, calm prose, at delineating the fault lines of the ordinary, unexceptional and hidden lives."
—The Daily Express

"The stringent control with which Forster denies absolution is remarkable and, while disturbing, believable. That Julia remains unknown to all, not least to herself, is fascinating."
—The Independent