The Avenue of the Giants (Paperback) 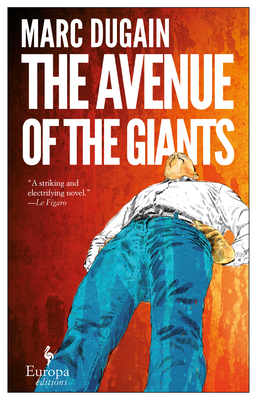 The Avenue of the Giants (Paperback)


Not On Our Shelves—Ships in 1-5 Days
Avenue of the Giants follows Al Kenner as he progresses from antisocial adolescent to full-fledged serial killer in the turbulent ‘60s and ‘70s. A giant at over 7 feet tall with an IQ higher than Einstein’s, Al was never ordinary. His life is tainted by his parents’ divorce and his mother’s abusive behavior, and it takes a chilling turn on the day of John F. Kennedy’s assassination. Al spends 5 years in a psychiatric hospital, and although he convinces the staff that he is of sound mind, he continues to harbor vicious impulses. Al leads a double life, befriending the Santa Cruz Police Chief and contemplating marrying his daughter, all the while committing a series of brutal murders. Delving into the mind of this complex killer, Marc Dugain powerfully evokes an America torn between the pacifism of the hippie movement and the violence of Vietnam.
Born in Senegal in 1957, Marc Dugain is the author of numerous successful novels. His novel The Officers’ Ward (2001, Soho Press) recounts his grandfather’s experiences in World War I and was made into a 2001 film of the same name.
“Compelling” - Booklist

“A striking and disturbing novel.”—Le Figaro

“The power of the subject, the intelligence of the plot, the quality of the writing, the skillful use of irony and humor, and the sophisticated construction of the novel ensure that you won’t put it down without an urgent desire to pick it up again.”—Les Echos

“With Avenue of the Giants, Dugain subtly slips into the character of a Californian serial killer.”—L’express

“What strikes you, in this novel, is the coherence and the infinite complexity of the character, whose thoughts drive the implacable narration.”—Télérama