The Master of Knots (Paperback) 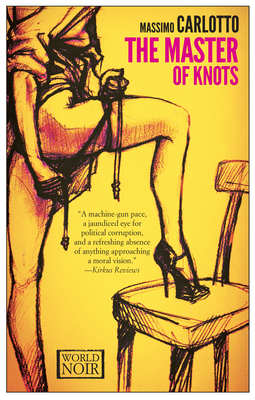 The Master of Knots (Paperback)


Special Order—Subject to Availability
A woman has gone missing. Her husband, too ashamed to admit to the police that he and his wife were part of a ring of sexual adventurers that organized sadomasochistic orgies, turns instead to the Alligator. Burrati enters a depraved demi-world where ferocious deviates prey upon lonely victims. But the savagery of this world is only the first surprise this investigation holds in store for the Alligator. Encountering such violence and desperation triggers memories of his own time in prison. And while the unwritten rule of ex-cons is that you must never talk about your experiences behind bars, the Alligator and his two long-time associates, Max Memory and Beniamino Rossini, are forced to confront demons they thought long buried.

In The Master of Knots, “the reigning king of Mediterranean noir,” Massimo Carlotto, gives his readers a work of hardboiled noir fiction that is darker than ever before as he digs into the shadowy corners of human experience. This stunning novel sets a new high-water mark in the literary history of the Mediterranean Noir novel.
One of Italy's most popular authors and a major exponent of the Mediterranean Noir novel, Carlotto has been compared with many of the most important American hardboiled crime writers. His novels have been translated into many languages, enjoying enormous success outside of Italy, and several have been made into highly acclaimed films.