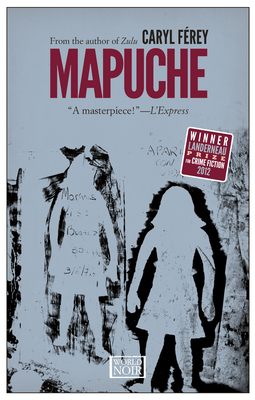 
Not On Our Shelves—Ships in 1-5 Days
Twenty-eight-year-old Jana is a Mapuche, one of those “people of the earth” who roamed the most fertile tracts of the south American pampas for over two thousand years before being dispossessed in 1910 by the Argentinean constitution and transformed overnight into outlaws. Long black hair, big almond-shaped eyes, ravishing features, tall…but with small breasts, breasts that stopped growing after a violent attack by the Argentinean police when she was a girl. Jana is sculptor of a rare and undiscovered talent who prostitutes herself down at the docks to make ends meet. She is connected, as if by a blood bond, to her best friend, Miguel, a.k.a. Paula, a transvestite who also works the docks. When the body of a transvestite is found emasculated at the Port de la Boca, Jana turns for help and protection to private investigator Ruben Calderon. Calderon is a grizzled investigator who served time following the coup d’état of March 24, 1976. Since then he has been working tirelessly for the Mothers of the Plaza de Mayo, searching for any trace of los desaparecidos and their odious tormentors. Together, Jana and Ruben will plunge into the corrupt beating heart of the Argentinean political system on a hunt for a vicious murderer.
Caryl Férey’s novel Utu won the Sang d’Encre, Michael Lebrun, and SNCF Crime Fiction Prizes. Zulu, his first novel to be published in English, was the winner of the Nouvel Obs Crime Fiction and Quais du Polar Readers Prizes. In 2008, it was awarded the French Grand Prix for Best Crime Novel. He lives in France.
Praise for ZULU:

"Powerful and unflinching in its portrayal of evil both mindless and calculating." — Publishers Weekly

"This impressive and distinctive novel is a different angle on the South African crime story." — International Noir