At the End of a Dull Day (Paperback) 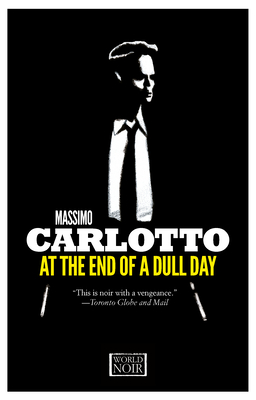 At the End of a Dull Day (Paperback)


Special Order—Subject to Availability
Giorgio Pellegrini, the hero of The Goodbye Kiss, has been living an “honest” life for eleven years. But that’s about to change. His lawyer has been deceiving him and now Giorgio is forced into service as an unwilling errand boy for an organized crime syndicate. At one time, Giorgio wouldn’t have thought twice about robbing, kidnapping and killing in order to get what he wanted, but these days he realizes he’s too old in the tooth to face his enemies head-on. To return to his peaceful life as a successful businessman he’s going to have to find another way to shake off the mob. Fortunately, Giorgio’s circumstances may have changed, but deep down he’s still the ruthless killer he used to be.
Massimo Carlotto was born in Padua, Italy. In addition to the many titles in his extremely popular Alligator series, he is also the author of The Fugitive, Death's Dark Abyss, Poisonville, Bandit Love, and At the End of a Dull Day. One of Italy's most popular authors and a major exponent of the Mediterranean Noir novel, Carlotto has been compared with many of the most important American hardboiled crime writers. His novels have been translated into many languages, enjoying enormous success outside of Italy, and several have been made into highly acclaimed films.
Praise for At the End of a Dull Day

“Carlotto [...] provides a machine-gun pace, a jaundiced eye for political corruption and a refreshing absence of anything approaching a moral vision.”
—Kirkus Reviews

“Carlotto’s taut, broody Mediterranean noir is filled with blind corners and savage set pieces. Pellegrini’s deeds are unquestionably loathsome, but his witty Machiavellian perspective, amplified by a class rage well attuned to the current Italian zeitgeist, makes you root for him all the same.”
—The New Yorker

“There's ugliness here [...] and some quick but horrible violence, but this is a very solid noir thriller, and very good (if slightly queasy-making) fun.”
—The Complete Review

“Massimo Carlotto has a history as riveting as any novel.”
—Chicago Tribune

“Carlotto is the reigning king of Mediterranean noir.”
—The Boston Phoenix

"In hardboiled fiction, there is this hardcore Italian guy I suggest: Massimo Carlotto. Tough as fuck."
—Guillermo del Toro, Director