Of Beasts and Beings (Paperback) 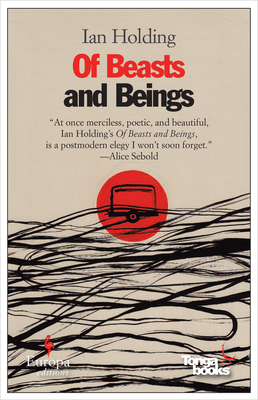 Of Beasts and Beings (Paperback)


Special Order—Subject to Availability
In this searing and timely novel, reminiscent of the work of J.M. Coetzee and Cormac McCarthy, the devastating effects of a country's economic and moral collapse provide the backdrop for a story about individual fortitude and conscience.

In an unnamed and post-apocalyptic African republic, militiamen seize a scavenger as he is digging for roots, or anything that will nourish him and keep him alive. He is traded and ransomed and ends up in the hands of another group, whose members include a pregnant woman whom he is forced to carry in a wheelbarrow on a nightmarish and seemingly endless overland journey. This story alternates with the diary entries of a white schoolteacher who, embittered by the horrific state of his country, is preparing to leave. Before he can do so, however, he must confront his own demons and personal failings. Both narrators are in danger and both are apparently helpless to control their fates. When these two plotlines brilliantly and surprisingly unite the result is electrifying, shocking, and brilliant.

With sparse and heartbreaking prose Ian Holding asks vital questions about personal responsibility, choice, and truth.
Ian Holding is Zimbabwean schoolteacher based in Harare. His critically acclaimed debut novel, Unfeeling, was published in 2005, shortlisted for the Dylan Thomas Prize in 2006 and named a Best Book of the Year by the Globe and Mail newspaper. Of Beasts and Beings is his second novel.
Praise for Of Beasts and Beings

"Of Beasts and Beings is a thought-provoking study of the dehumanizing effects of racial violence and oppression."
—The Guardian

"An ending as audacious as it is surprising."
—Daily Mail (UK)

"A memorable and original novel."
—The Independent

"Zimbabwean writer Holding delivers another powerful tale of guilt and responsibility set in a dystopian Africa.... Holding cleverly implicates the reader in the discrimination and dehumanization that has taken place in his abstract tale, casting us as collaborators in the tragedies playing out across Africa."
—Publishers Weekly (starred review)