Take This Man: A Novel (Paperback) 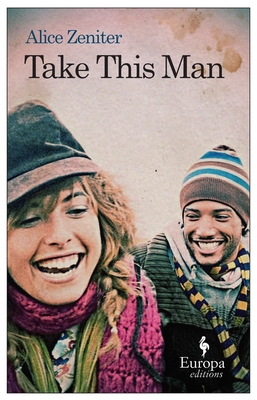 Take This Man: A Novel (Paperback)

In lyrical and colloquial prose, Alice Zeniter tells a tender generational story about love, politics, rebellion, and friendship. Take This Man is a delightful work of fiction by a talented young author.
Alice Zeniter published her first novel at the age of sixteen. Take this Man won the Prix de la Porte Dorée, awarded to works of literature that address questions of exile, immigration and citizenship. She lives in Paris.

Alison Anderson's translations for Europa Editions include novels by Sélim Nassib, Amélie Nothomb, and Eric-Emmanuel Schmitt. She is the translator of The Elegance of the Hedgehog (Europa, 2008) and The Life of the Elves (Europa, 2016) by Muriel Barbery.
Praise for Take This Man

"Social commentary? Polemic? Political manifesto? Take This Man is a little bit of all these things, but above all it is a wonderful story about friendship."
—Elle (France)

"Take This Man is bursting with energy, conviction, humor, and emotion."
—Tamaculture (France)

"Alice Zeniter's voice is appealing, energizing, and spry. Her message in Take This Man is an importanty one."
—Le Monde