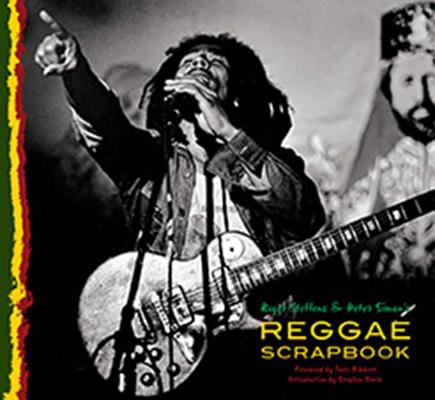 By Roger Steffens, Toots Hibbert (With)


Not On Our Shelves—Ships in 1-5 Days
Guiding us on this colorful book-length journey is one of the men who introduced reggae to America and helped rock the world with its syncopated beat, Roger Steffens. Through lectures, books, magazine articles, radio, and television, Steffens has shared his knowledge of reggae from coast to coast. He is the world’s premier archivist and collector of reggae memorabilia, and brings the best of his in-depth interviews with such reggae legends as Peter Tosh, Jimmy Cliff, and “Toots” Hibbert to this unique scrapbook. Covering topics such as “Roots and Ska,” “Rock Steady,” “The Golden Age,” “Rockers, Digital and Dance Hall,” and “Internationalization,” and supplemented with sidebar features on historic figures, styles, and events, The Reggae Scrapbook demonstrates the bold statement made by the rise of this irresistible musical and social force. Already the book is gaining powerful critical comment: "Rich in political, religious and herbaceous context, this lively package is primer for the uninitiated and treasure trove for the fan," raved the San Francisco Chronicle.
Roger Steffens founded the Roger Steffens Reggae Archives, the world’s largest collection of Bob Marley materials and other reggae memorabilia. Steffens is the co-host of the internationally syndicated Planet Reggae radio show and the author of several books on Marley and reggae history.

Toots Hibbert and his band, Toots and the Maytals, are ska and reggae legends. The winner of both a Grammy Award and the Order of Jamaica, Toots has toured and collaborated with such bands as Willie Nelson, Eric Clapton, and the Rolling Stones.