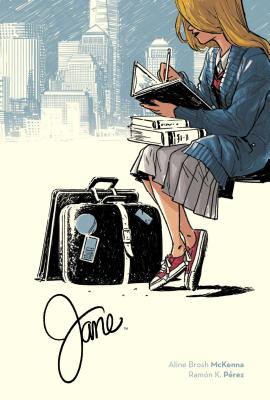 Growing up in a broken home in a small fishing town, Jane dreamed of escaping to art school and following the allure of New York City. When that dream becomes a reality however, it’s not long before she feels out of place by the size of the city and the talent of her peers. She soon discovers her place as she begins to nanny a young girl named Adele, but that is upended when she falls for the girl’s father, Rochester, a sardonic man of power, wealth, and unexpected charm. Jane learns that in the world of New York’s elite, secrets are the greatest extravagance and she’ll have to decide if she should trust the man she loves or do what ever it takes to protect Adele from the consequences of his deception.

A child of the 1970s, Ramón K. Pérez was born early to immigrant parents in a small suburban town of southern Ontario, Canada. A visit to a drive-in double feature of Buck Rogers and Battlestar Galactica at an early age sparked his imagination and set the stage for his future career.