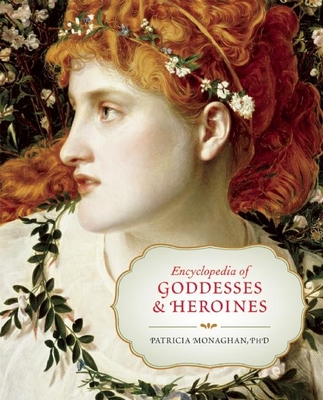 
Not On Our Shelves—Ships in 1-5 Days
More Than 1,000 Goddesses and Heroines from around the World Groundbreaking scholar Patricia Monaghan spent her life researching, writing about, and documenting goddesses and heroines from all religions and all corners of the globe. Her work demonstrated that from the beginning of recorded history, goddesses reigned alongside their male counterparts as figures of inspiration and awe. Drawing on anthropology, folklore, literature, and psychology, Monaghan's vibrant and accessible encyclopedia covers female deities from Africa, the eastern Mediterranean, Asia and Oceania, Europe, and the Americas, as well as every major religious tradition.
Patricia Monaghan, PhD (1946-2012), was a leader in the contemporary women's spirituality movement as well as an award-winning poet, scholar, activist, and mentor. In 1979, she published the first encyclopedia of female divinities, a book that has remained in print since then in various formats and that she later expanded into the current volume.