Against Apartheid: The Case for Boycotting Israeli Universities (Paperback) 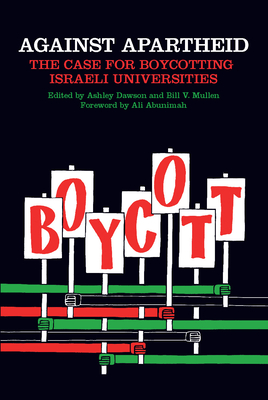 Against Apartheid: The Case for Boycotting Israeli Universities (Paperback)


Not On Our Shelves—Ships in 1-5 Days
Focusing on the complicity of Israeli universities in maintaining the occupation of Palestine, and on the repression of academic and political freedom for Palestinians, Against Apartheid powerfully explains why scholars and students throughout the world should refuse to do business with Israeli institutions. This rich collection of essays is a handbook for scholars and activists.
Ashley Dawson is a professor of English at CUNY's Graduate Center and at the College of Staten Island/CUNY. He is also the former editor of the AAUP's Journal of Academic Freedom. Bill V. Mullen is a professor of American Studies at Purdue University and a member of the advisory board of USACBI (United States Campaign for the Academic and Cultural Boycott of Israel).