The Government of Time: Theories of Plural Temporality in the Marxist Tradition (Historical Materialism #151) (Paperback) 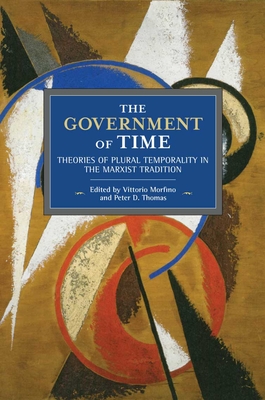 The Government of Time: Theories of Plural Temporality in the Marxist Tradition (Historical Materialism #151) (Paperback)

This volume proposes to transform our understanding of Marxism by reconnecting with the subterranean currents of plural temporalities that have traversed its development. From Rousseau and Siey's to Marx, from Bloch to Althusser, from Gramsci to Pasolini and postcolonialism, the chapters in this volume seek both to valorise neglected resources from Marxism's contradictory history, and also to read against the grain its orthodox and heterodox currents. Privileging not the single time of historical development, but the plural temporalities that intertwine in and constitute any given historical conjuncture, and arguing against merely subjectivist theories of temporal multiplicity, this volume studies the articulation of the real, plural temporalities of mass political action. Comprehending their dynamics is a necessary precondition for a renewed politics of emancipation.