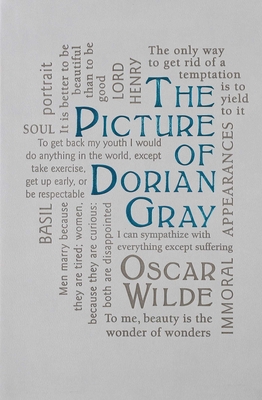 
Not On Our Shelves—Ships in 1-5 Days
Canterbury Classics gives a new look to this controversial classic!

The Picture of Dorian Gray is a familiar story of greed, sin, and arrogance. A young man, infatuated with his own handsomeness and youth as depicted in a perfect portrait, makes a bargain he will come to regret. No one can save him from his appetite for pleasure and his awful fate--not the man who idolizes him, not the woman who loves him, and not even himself!

Published in 1890, The Picture of Dorian Gray is Oscar Wilde’s only novel. At first the subject of intense controversy, it has endured as a classic for years. This Canterbury Classics edition includes the beloved story as well as a special heat-burnished cover, foil stamping, and designed endpapers in an easy-to-carry package.

A cautionary tale of innocence sacrificed for the sake of vice, The Picture of Dorian Gray is a classic whose lessons are still relevant today.

About the Word Cloud Classics series:

Classic works of literature with a clean, modern aesthetic! Perfect for both old and new literature fans, the Word Cloud Classics series from Canterbury Classics provides a chic and inexpensive introduction to timeless tales. With a higher production value, including heat burnished covers and foil stamping, these eye-catching, easy-to-hold editions are the perfect gift for students and fans of literature everywhere.
Oscar Wilde (October 16, 1854 – November 30, 1900) was an Irish writer and poet, who became one of London's most popular playwrights in the early 1890s.