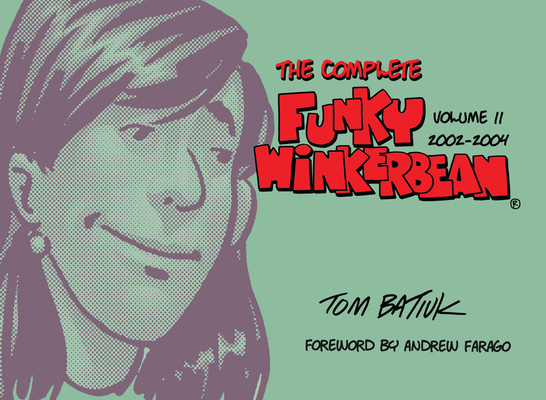 Relationships move to the front of the stage in this eleventh volume of The Complete Funky Winkerbean as the lighthearted dalliances of the past segue to the more mature partnerships of the adult world.

Marriages are tested as Funky and Cindy's relationship begins to break apart, and Becky and Wally are separated by the war in Afghanistan. At the same time, Lisa and Les begin a family and go house hunting, while Crazy Harry meets an unlikely soulmate from his high school video gaming days.

In Tom Batiuk's introduction to this volume, the curtain is pulled back on the art of Funky to show what was happening behind the scenes artistically as the work over these years was being created.

Tom Batiuk is a graduate of Kent State University. His Funky Winkerbean and Crankshaft comic strips are carried in hundreds of newspapers throughout the United States. He was recognized as one of three finalists in the editorial cartooning category of the 2008 Pulitzer Prize awards competition for the singular series of daily comic strips that chronicled the death of longtime character Lisa Moore, which were collected in Lisa's Legacy Trilogy. His Funky Winkerbean series and Roses in December were finalists for the 2016 Eisner Awards.