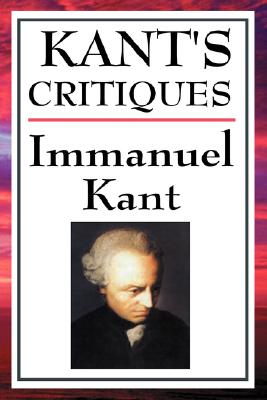 
Not On Our Shelves—Ships in 1-5 Days
(This book cannot be returned.)
Collected in this 3-in-one omnibus edition are Kant's ground breaking critiques. The Critique of Pure Reason, The Critique of Practical Reason, and The Critique of Judgement. The Critique of Pure Reason is one of the most influential philosophy books of all times. Kant's influence on modern perception of reason cannot be over estimated. Here Kant redefines reason and gives us the tools to understand reason on two levels: the empirical and the metaphysical. The Critique of Practical Reason is the second of Immanuel Kant's three critiques and it deals with Kant's own moral philosophy and his views on free will. A masterpiece of philosophical writing. In The Critique of Judgement Kant states that "Philosophy may be said to contain the principles of the rational cognition that concepts afford us of things (not merely, as with logic, the principles of the form of thought in general irrespective of the objects), and, thus interpreted, the course, usually adopted, of dividing it into theoretical and practical is perfectly sound.