The Complete Prophecies of Nostradamus (Paperback) 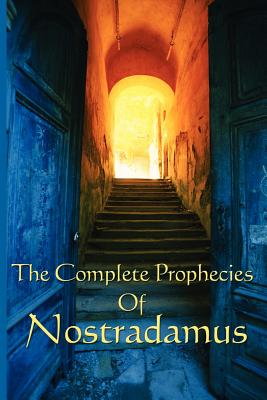 The Complete Prophecies of Nostradamus (Paperback)

Here are the complete prophecies of Nostradamus. Nostradamus is the best known and most accurate mystic and seer of all times. There are those who say that he predicted Napoleon and even the attack on the World Trade Center. Read the prophecies and judge for yourself. Since governments, sects and countries will undergo such sweeping changes, diametrically opposed to what now obtains, that were I to relate events to come, those in power now - monarchs, leaders of sects and religions - would find these so different from their own imaginings that they would be led to condemn what later centuries will learn how to see and understand. - Nostradamus