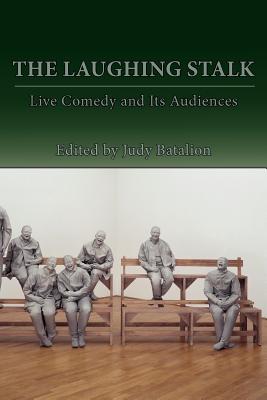 
Not On Our Shelves—Ships in 1-5 Days
With contributions by leading scholars, writers and comedians in the USA, the UK and Canada, THE LAUGHING STALK: LIVE COMEDY AND ITS AUDIENCES focuses on the dynamics of audience behavior. Performers, writers, historians, producers, and theorists explore the practice and reception of live comedy performance, including cultural and historical variations in comedy audience conduct, the reception of "low" versus "high" comedy, and the differences between televised and live jokes. Contributors reflect on the subjectivity of audience members and the spread of affect, as well as the two-way relationship between joker and listener. They investigate race, sexuality and gender in humor, and contemplate the comedy club as a distinct spatial and emotional environment. THE LAUGHING STALK: LIVE COMEDY AND ITS AUDIENCES includes excerpts and scripts from Michael Frayne's AUDIENCE and Andrea Fraser's INAUGURAL SPEECH. Judy Batalion interviews noted comic writers, performers, and theater designers, including Iain Mackintosh, Shazia Mirza, Julia Chamberlain, Scott Jacobson, and Andrea Fraser. Sarah Boyes contributes a short photographic essay on comedy clubbers. Essay contributors include Alice Rayner, Matthew Daube, Lesley Harbidge, Gavin Butt, Diana Solomon, Rebecca Krefting, Kevin McCarron, Nile Seguin, Elizabeth Klaver, Frances Gray, AL Kennedy, K lina Gotman, and Samuel Godin. The comedy duo of Sable & Batalion share their conclusions about audience responses to hip-hop theater. JUDY BATALION is a writer, performer, and independent scholar. She has written and performed stand-up, sketches, improv, one-woman shows, short films, and comedy theater in her native Canada, throughout the UK (where she spent a decade), and in the US. Her academic work has appeared in publications including Contemporary Theatre Review, and her journalism and personal essays have been published in newspapers, magazines and blogs, including the Washington Post, the Jerusalem Post, Salon, the Forward and Nerve. She has a BA from Harvard in the History of Science, and a PhD from the Courtauld Institute of Art, University of London, in Art History. She currently resides in New York City. AESTHETIC CRITICAL INQUIRY, SERIES EDITOR ANDREA FEESER.