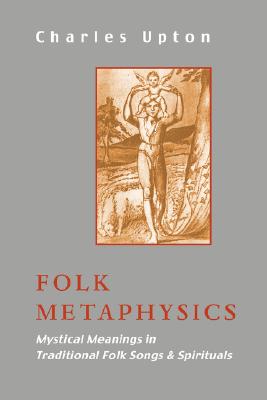 
Not On Our Shelves—Ships in 1-5 Days
(This book cannot be returned.)
In the last century, authors and psychologists like Robert Graves, Carl Jung and Joseph Campbell reminded us that folklore is often full of deep symbolic truths, truths that the 'folk' themselves are usually unaware of. And they also taught us - just as Plato did, 2400 years ago -- that myth and folklore constitute a 'philosophical' language, where images (as in dreams, holy icons, and symbolic poetry) can carry a great burden of meaning. Few seem to realize, however, that certain works of art conventionally considered to be unconscious products of the 'folk imagination' were quite consciously and deliberately constructed, by highly-informed individuals, to transmit specific items of spiritual lore. Among these 'few' was Ananda K. Coomaraswamy, who said: The content of folklore is metaphysical. Our failure to recognize this is primarily due to our own abysmal ignorance of metaphysics and of its technical terms.. The true folklorist must be not so much a psychologist as a theologian and metaphysician, if he is to 'understand his material'.. Traditional man lived in a natural environment he could read like a book - a book written in primordial symbols of Divine Reality (the Sun, the Rain, the Mountain, the Eagle) - as well as in a man-made environment that was in large part deliberately constructed to remind him of that Reality, and teach him the nature of it (just as our own human world, with its 'weapons of mass distraction', seems ingeniously contrived to make us forget it). Through song, dance, gesture, poetry, architecture, proverbs, jokes, riddles, stories, games, toys, medicine, painting, sculpture, weapons, tools, scriptures, sacred rites, and the traditional forms and rhythms of daily life, we were always in the presence of reminders of the Sacred; all fingers (or almost all) pointed to the Moon. That deliberately-constructed sacred environment is now largely a thing of the past. Dedicated artists may work to keep traditional arts and crafts alive, but the cultural context that could reveal their relevance and tap their spiritual power is usually missing; even the 'folk memory' itself has now largely been replaced by the Internet. However, it is still possible to approach ancient artistic constructions, like the traditional ballads which are the subject of this book, in spiritually fruitful ways. The great myths, such as are transmitted by certain 'folk' songs, were received in the Age of Revelation -- now, however, we live in the Age of Exegesis. As the profound meanings of these songs are unwrapped, they escape from our hands like freed birds, back to the Source they came from. And they challenge us to follow them.