As We Rise: Photography from the Black Atlantic: Selections from the Wedge Collection (Hardcover) 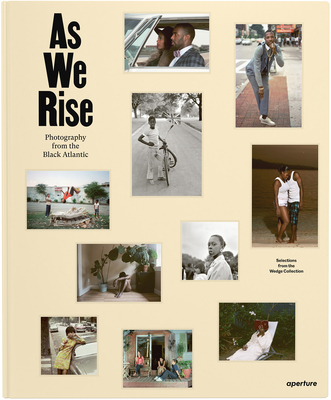 As We Rise: Photography from the Black Atlantic: Selections from the Wedge Collection (Hardcover)

By Wedge Collection (Selected by), Teju Cole (Preface by), Mark Sealy (Introduction by)


In Stock—Click for Locations
As We Rise presents an exciting compilation of photographs from African diasporic culture. With over one hundred works by Black artists from Canada, the Caribbean, Great Britain, the United States, South America, as well as throughout the African continent, this volume provides a timely exploration of Black identity on both sides of the Atlantic.

As Teju Cole describes in his preface, "Too often in the larger culture, we see images of Black people in attitudes of despair, pain, or brutal isolation. As We Rise gently refuses that. It is not that people are always in an attitude of celebration--no, that would be a reverse but corresponding falsehood--but rather that they are present as human beings, credible, fully engaged in their world." Drawn from Dr. Kenneth Montague's Wedge Collection in Toronto--a Black-owned collection dedicated to artists of African descent--As We Rise looks at the multifaceted ideas of Black life through the lenses of community, identity, and power. Artists such as Stan Douglas, LaToya Ruby Frazier, Barkley L. Hendricks, Texas Isaiah, Liz Johnson Artur, Seydou Ke ta, Deana Lawson, Jamel Shabazz, and Carrie Mae Weems, touch on themes of agency, beauty, joy, belonging, subjectivity, and self-representation. Writings by Isolde Brielmaier, Ugochukwu-Smooth C. Nzewi, Mark Sealy, Teka Selman, and Deborah Willis among others provide insight and commentary on this monumental collection.