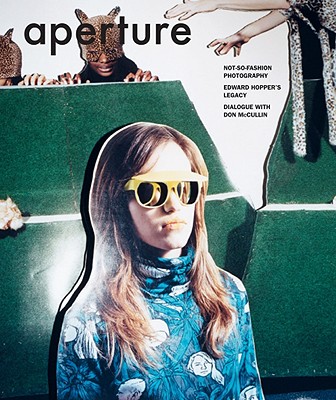 This is book number 195 in the Aperture series.

The Summer 2009 issue of Aperture features a conversation between photography critic Fred Ritchin and Don McCullin, a photographer famed for his unflinching visions of conflict zones; German photographers Daniel and Geo Fuchs on location at the now-quiet former headquarters of the Stasi (the East German secret police); genre-bending contemporary fashion photography, assessed by photographer, writer and curator Jason Evans; a series of little-known photographs by Maya Deren, the acclaimed American avant-garde filmmaker and author; and a reconsideration of Look magazine by the award-winning writer Mary Panzer. The issue also includes a portfolio from Suyeon Yun, an up-and-coming Korean-born photographer; Explorations by British photography publisher and curator Chris Boot of the gay sexual identity through the medium of photography and on the web; and a portfolio of photographs influenced by Edward Hopper's paintings, with commentary by Jeffrey Fraenkel and Robert Adams (British author Geoff Dyer once surmised that Edward Hopper "could claim to be the most influential American photographer of the twentieth century--even though he didn't take any photographs"). Exhibition reviews include Carlo McCormick on William Eggleston, Susan Morgan on the Getty Center exhibition Dialogue Among Giants: Carleton Watkins and the Rise of Photography in California, Brian Dillon on Dayanita Singh, Vicki Goldberg on Miroslav Tichy, and Jason Oddy on Shirana Shahbazi.