Summer of the Cicadas (Paperback) 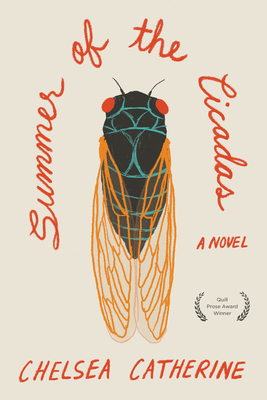 Summer of the Cicadas (Paperback)

Summer of the Cicadas is about a West Virginian town where a brood of Magicicadas emerges for the first time in seventeen years. The cicadas damage crops and trees, and swarm locals. Jessica, a former cop whose entire family was killed in a car crash two years earlier, is deputized during the crisis. Throughout the book, Jessica must deal with her feelings for her sister's best friend, Natasha, who is a town council member. After Fish and Wildlife removes the swarm, Jessica must also confront the two-year anniversary of her family's death, Natasha's budding romance with a local editor, as well as a sudden but devastating loss that changes everything.

Chelsea Catherine is a native Vermonter living in St. Petersburg, Florida. She is an LGBTQ writer of fiction and nonfiction. Most recently, she won the Mary C Mohr nonfiction award through the Southern Indiana Review and her book, "Summer of the Cicadas," won the Quill Prose Award through Red Hen Press, which was published in August of 2020. You can find her at chelseacatherinewriter.com.
"Chelsea Catherine is a bright, raw, original new voice in American fiction. Her prose is electric. And Summer of Cicadas was a novel I couldn't put down."--Thomas Christopher Greene, author of The Perfect Liar

"Catherine wraps a fast-paced, stirring narrative about loss and unrequited love into a story about an unusually aggressive 17-year cicada swarm and the terror it brings to the residents of a West Virginia town."--Publisher's Weekly