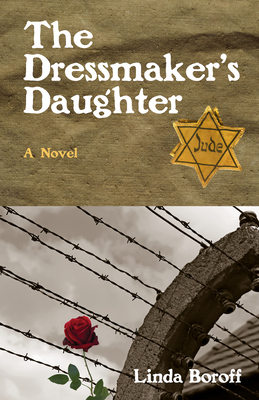 Beautiful and spirited Daniela dreams of becoming a doctor while growing up in Yedinitz, Romania in 1940, but as a Jew, she is barred from higher education. Her mother, who is the dressmaker to a local countess, hires her a tutor, the rebellious and precocious Mihail. The two soon begin a passionate romance, unable to resist the powerful love and attraction they share.

When the Nazis invade Romania, Daniela and Mihail's lives are forever changed: Mihail escapes and joins the partisans; Daniela is captured and sent on the notorious Transnistrian Death March, where Jews are starved, murdered, and robbed. Daniela is brutally raped by Romanian soldiers, and trapped by their depravity, she watches helplessly as her people are destroyed.

Daniela's life is spared when her beauty catches the eye of a Romanian Iron Guard commander, Major Dragulescu, who forcibly takes her as his concubine and also sends her to nurse Romanian soldiers in the field hospital, where Daniela cannot help feeling pity at the suffering that surrounds her.

One night Mihail appears with a troop of partisans on a mission to assassinate two key Nazis visiting the major. What happens next is both heroic and tragic, and results in Daniela's escape with the partisans, who train her in sabotage and battle tactics. She throws herself into living on the run behind enemy lines, and transforms herself into an effective soldier and partisan leader until the war mercifully comes to an end.

The Dressmaker's Daughter is an unflinching look at the horrors inflicted by the Nazis upon the Romanian Jews during the Holocaust, and one brave young woman's ability to rise above her suffering and escape to freedom.