The New Black: What Has Changed--And What Has Not--With Race in America (Paperback) 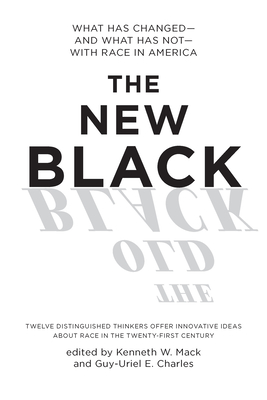 The New Black: What Has Changed--And What Has Not--With Race in America (Paperback)


Special Order—Subject to Availability
The election and reelection of Barack Obama ushered in a litany of controversial perspectives about the contemporary state of American race relations. In this incisive volume, some of the country's most celebrated and original thinkers on race--historians, sociologists, writers, scholars, and cultural critics--reexamine the familiar framework of the civil rights movement with an eye to redirecting our understanding of the politics of race. Through provocative and insightful essays, The New Black challenges contemporary images of black families, offers a contentious critique of the relevance of presidential politics, transforms ideas about real and perceived political power, defies commonly accepted notions of blackness, and generally attempts to sketch the new boundaries of debates over race in America. Bringing a wealth of novel ideas and fresh perspectives to the public discourse, The New Black represents a major effort to address both persistent inequalities and the changing landscape of race in the new century. With contributions by: Elizabeth Alexander
Jeannine Bell
Paul Butler
Luis Fuentes-Rohwer
Lani Guinier
Jonathan Scott Holloway
Taeku Lee
Glenn C. Loury
Angela Onwuachi-Willig
Orlando Patterson
Cristina M. Rodr guez
Gerald Torres

Kenneth W. Mack is a law professor at Harvard University and the author of Representing the Race. He has written for the Boston Globe, the Washington Post, the Los Angeles Times, and the Baltimore Sun and has appeared on CNN, Anderson Cooper 360, and PBS's Frontline. He lives in Newton, Massachusetts. Guy-Uriel Charles is a law professor at Duke University and the founding director of the Duke Center on Law, Race, and Politics. He lives in Durham, North Carolina.