The Sherlock Holmes Handbook: The Methods and Mysteries of the World's Greatest Detective (Hardcover) 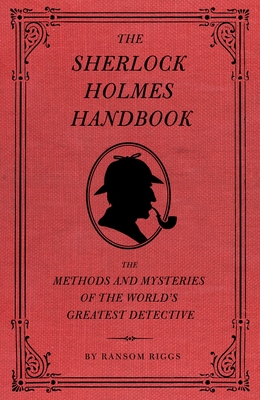 The Sherlock Holmes Handbook: The Methods and Mysteries of the World's Greatest Detective (Hardcover)


Special Order—Subject to Availability
Full of fascinating how-to skills and evocative illustrations, this must-have guide will appeal to Baker Street Irregulars of all ages.

This reader’s companion to the casework of Sherlock Holmes explores the methodology of the world’s most famous consulting detective. From analyzing fingerprints and decoding ciphers to creating disguises and faking one’s own death, readers will learn how Holmes solved his most celebrated cases—plus an arsenal of modern techniques available to today’s armchair sleuths. Along the way, readers will discover a host of trivia about the master detective and his universe: Why did Holmes never marry? How was the real Scotland Yard organized? Was cocaine really legal back then? And why were the British so terrified of Australia? For die-hardSherlockians and amateur investigators alike, this handbook is nothing less than . . . elementary.
Ransom Riggs is the author of Miss Peregrine’s Home for Peculiar Children (Quirk, 2011), a New York Times best seller with more than 5 million copies sold, as well as its best-selling sequels Hollow City (Quirk, 2013) and Library of Souls (Quirk, 2015). He lives in Santa Monica, CA, with his wife.