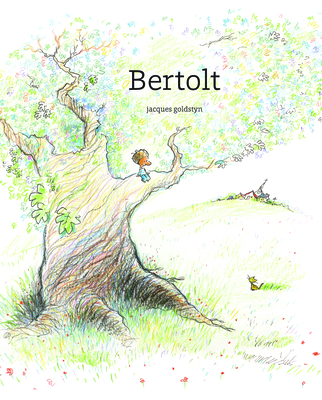 This is a charming, touching story about an imaginative boy whose best friend is an oak tree named Bertolt. The boy admits to being an outlier among his peers, but insists that while he is alone, he is never lonely. Being independent suits him, and he considers his difference to be his advantage.

This book is about the imagination and the wonderful ways in which we nurture ourselves in the process of becoming who we are, and because Bertolt dies in a winter's storm, it is also a book about finitude and loss, sorrow and acceptance.

Jacques Goldstyn was born in 1958 in Saint-Eug ne Argentenay. A graduate of the University of Montreal, he worked in petroleum geology. In 1981, he illustrated his first book: Les D brouillards, a collection with a scientific bent. He has illustrated numerous books about the same cast of characters, and works with the press as well.