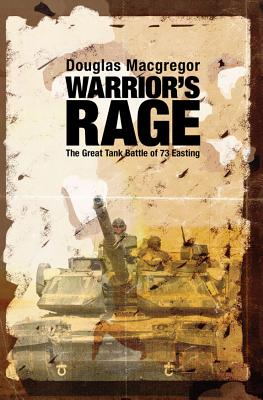 
Backordered
On 26 February 1991, cavalry troops of Cougar Squadron, the 2nd Squadron of the 2nd Armored Cavalry Regiment, charged out of a sandstorm during Operation Desert Storm and caught Iraq's Republican Guard Corps in the open desert along the North-South grid line of a military map referred to as the 73 Easting. Taken by surprise, the defending Iraqi armor brigade was swept away in salvos of American tank and missile fire in what became the U.S. Army's largest tank battle since World War II.

Douglas Macgregor, the man who trained and led Cougar Squadron into battle, recounts two stories. One is the inspiring tale of the valiant American soldiers, sergeants, lieutenants, and captains who fought and won the battle. The other is a story of failed generalship, one that explains why Iraq's Republican Guard escaped, ensuring that Saddam Hussein's regime survived and America's war with Iraq dragged on.

Certain to provoke debate, this is the latest book from the controversial and influential military veteran whose two previous books, Breaking the Phalanx and Transformation Under Fire, are credited with influencing thinking and organization inside America's ground forces and figure prominently in current discussions about military strategy and defense policies. Its fast-moving battle narrative, told from the vantage point of Macgregor's Abrams tank, and its detailed portraits of American soldiers, along with vivid descriptions of the devastating technology of mounted warfare, will captivate anyone with a taste for adventure as well as an interest in contemporary military history.