True Love: A Practice for Awakening the Heart (Mass Market) 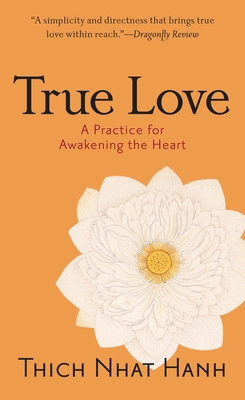 True Love: A Practice for Awakening the Heart (Mass Market)

In this eye-opening guide, Zen monk Thich Nhat Hanh offers timeless insight into the nature of real love. With simplicity, warmth, and directness, he explores the four key aspects of love as described in the Buddhist tradition: lovingkindness, compassion, joy, and freedom—explaining how to experience them in our day-to-day lives. He also emphasizes that in order to love in a real way, we must first learn how to be fully present in our lives, and he offers simple techniques from the Buddhist tradition that anyone can use to establish the conditions of love.

“A simplicity and directness that brings true love within reach.”
—Dragonfly Review

“Recommended reading for anyone who loves.”
—Ascent Magazine

“Thich Nhat Hanh writes with the voice of the Buddha.”
—Sogyal Rinpoche, author of The Tibetan Book of Living and Dying

“[Thich Nhat Hanh] shows us the connection between personal, inner peace and peace on earth.”
—The Dalai Lama