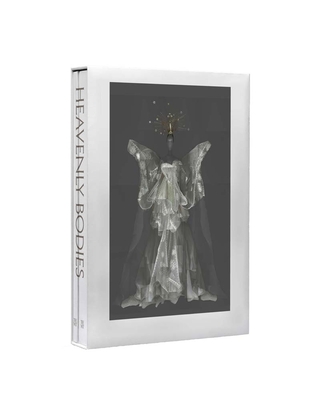 Since antiquity, religious beliefs and practices have inspired many of the masterworks of art. These works of art have, in turn, fueled the imagination of fashion designers in the 20th and 21st centuries, yielding some of the most innovative creations in costume history. Connecting significant religious art and artifacts to their sartorial expressions, Heavenly Bodies: Fashion and the Catholic Imagination provides a critical analysis of fashion’s engagement with notions of the divine. Exploring fashion’s complex and often controversial relationship with Catholicism, Heavenly Bodies probes what dress reveals about the state of religion and spirituality within contemporary culture, and how it may manifest—or subvert—Catholic values and ideology. Art objects, such as devotional paintings and altarpieces from The Met’s collection, are presented alongside fashions from designers including Cristóbal Balenciaga, Callot Soeurs, Domenico Dolce and Stefano Gabbana, John Galliano, Jean-Paul Gaultier, Madame Grès, Christian Lacroix, Karl Lagerfeld, Jeanne Lanvin, Claire McCardell, Alexander McQueen, Thierry Mugler, Elsa Schiaparelli, and Gianni Versace. The volume also presents a selection of ecclesiastical vestments and accessories from the Vatican collection, many of which have not been published before.

Andrew Bolton is Wendy Yu Curator in Charge of the Costume Institute at The Metropolitan Museum of Art.