Volcanoes and Earthquakes: A Guide To Our Unquiet Earth (Paperback) 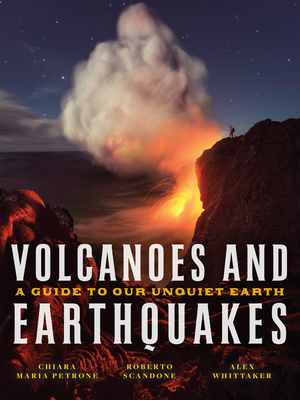 Volcanoes and Earthquakes: A Guide To Our Unquiet Earth (Paperback)

One in 20 people in the world live within range of an active volcano. On average, Magnitude 2 and smaller earthquakes occur several hundred times a day worldwide. Volcanoes and Earthquakes explores the massive natural forces from within the Earth that greatly affect its surface, often with dramatic and long-lasting consequences.

Written in an accessible style, and fully illustrated with photographs, diagrams, and maps, the book explains the violence of earthquakes and volcanoes that impact humankind, and the gradual continental drift and mountain building that have transformed the Earth over the 4.5 billion years of its existence. It details the processes that have and continue to form, destroy, and move the Earth's surface.

The authors describe how the Earth formed, from the beginnings of the solar system to the growth of the continents as they are today, and delve deep into the Earth's core to explore what drives the plates and feeds volcanoes. The last chapter examines the changes in the tectonic processes that link the Earth's mass, water, atmosphere, and life, including the effects on climate, sea-level, and the distribution of plant and animal species. Volcanoes and Earthquakes is a powerful reminder of the impact of natural forces on our everyday lives.
Chiara Maria Petrone is a Research Leader in the Mineral and Planetary Sciences Division of the Natural History Museum, London. Roberto Scandone is a Volcanologist at the University of Rome.
SCHOOL LIBRARY JOURNAL
“On most pages, attractive images or technical diagrams reinforce the concepts. The title, cover, and format will appeal to many readers. […] A rigorously informative book on volcanoes and earthquakes.” –Mallory Weber, Convent of the Sacred Heart, NY