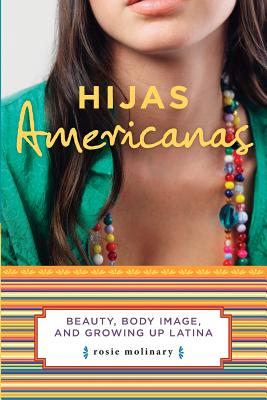 
Not On Our Shelves—Ships in 1-5 Days
In Hijas Americanas, author Rosie Molinary sheds new light on what it means to grow up Latina. Drawing upon her own experiences, as well as interviews and surveys collected from more than 500 Latina women, Molinary provides a powerful understanding of the inner conflicts and powerful triumphs of Latinas. The women profiled in this book are Caribbean, Mexican, Central American, and South American. These first, second and third-generation Latinas have all grappled with the experience of coming of age within not one but two cultures: that of the United States, and that of their familial homelands. Hijas Americanas addresses experiences that are uniquely female and Latin, focusing on themes of body image, standards of beauty, ethnic identity, and sexuality. In doing so, Molinary gives voice to the struggles and successes of Latinas across racial, sexual, and cultural identities, emphasizing that the challenges inherent in growing up between two cultures can positively shape Latinas' lives.
Rosie Molinary, MFA, is a first-generation Latina born to Puerto Rican parents and raised in the Southeast. She is a poet, essayist, freelance writer and creative writing teacher. Her poetry and nonfiction have appeared in numerous anthologies and literary magazines, including Coloring Book (Rattlecat Press), Body Language (Black Moss Press), Waking Up American (Seal Press), Snake Nation Review, Cake Train and Jeopardy.She lives in Davidson, NC.