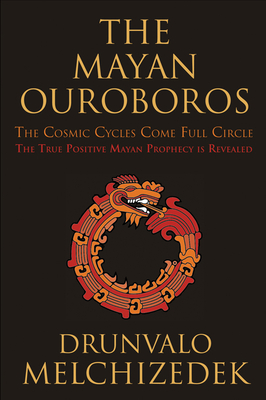 There have been many interpretations and predictions about the year 2012, known as the Mayan End Time--touted in everything from books to television commercials. But what do the Mayans themselves have to say about these prophecies?

In The Mayan Ouroboros, the muchanticipated followup to his bestselling Serpent of Light, spiritual researcher Drunvalo Melchizdek reveals for the first time what Mayan elders have told him about this period. In this book he explains how to prepare for this transition to a new 13,000year cycle by learning how to move out of our brain and into our hearts. He shares the Mayan insight of the importance of our heart connection to our survival and ability to thrive during these times.

Plus The Mayan Ouroboros reveals:

The untold positive side of the Mayan prophecies

Drunvalo Melchizedek's love for all life everywhere is immediately felt by anyone who meets him. For some time, he has been bringing his vast vision to the world through the Flower of Life program and the MerKaBa meditation. He is the author of three previous books, Flower of Life, Volumes One and Two and Living in the Heart.