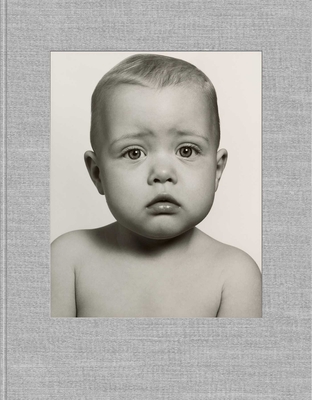 
Special Order—Subject to Availability
A baby's first year is filled with an endless stream of new experiences, contributing profoundly to their physical, mental, and emotional development. Typically at the age of one-year an infant has the motor skills and ability to sit on their own for the first time and their uninhibited gaze provides a window into a distinct personality that will endure throughout their lifetime. It is these individual natures that photographer Edward Mapplethorpe expertly captures.

The culmination of a twenty-year project by one of today's top-commissioned and internationally-recognized photographers of baby portraits,ONEfeatures a series of 60 photographs that catch the fleeting, yet universal, moment of life when a child reaches one year of age. There is something remarkable in the innocent faces of the children portrayed in this book that serves to underscore our common humanity.

The luxuriously printed duotone photographs inONEare accompanied by essays from esteemed contemporary authors Adam Gopnik, Susan Orlean, Francine Prose, and Andrew Solomon. Patti Smith contributes an original poem while Dr. Samantha Boardman writes the introduction. Contributions from such diverse luminaries emphasize the widespread appeal such innocent, unguarded beauty has for so many people.
After completing his studies in fine art, Edward Mapplethorpe assisted his older brother Robert (1946-1989) in his studio throughout the 1980s. In 1990, Mapplethorpe launched his solo career establishing a distinct and personal style. His luminous nudes, portraits, still lives, and abstract works have been exhibited and collected throughout the United States and in major cities around the world. Mapplethorpe lives and works in New York City with his wife and one-year-old son.For more information visit his website:www.edwardmapplethorpe.com Patti Smithis a world-renowned songwriter, performer, artist, and writer.Just Kidswasawarded the 2010 National Book Award. Her memoirM Trainwas released in 2015. Samantha Boardman M.D.is a Clinical Instructor in Psychiatry and Public Health and Assistant Attending Psychiatrist at Weill Cornell Medical College. Dr. Boardman lives and works in New York City. Andrew Solomonis a writer and lecturer on psychology, politics, and culture and an activist in LGBT rights, mental health, and the arts. Solomon has received the National Book Award and the National Book Critics Circle Award. He is currently the President of PEN American Center. Francine Proseis a novelist and critic. She is a Visiting Professor of Literature at Bard College and lives in New York City. In 2006 she was a recipient of the Rome Prize. Adam Gopnikis a writer, essayist and lecturer. He is best known as a staff writer forThe New Yorker, a position he has held since 1986. In 2013 Gopnik was awarded the medal of Chevalier of the Order of Arts and Letters by the French Republic. Susan Orleanis the bestselling author of eight books and has been a staff writer forThe New Yorkersince 1992.
"Ultimately, readers are left to admire Mapplethorpe's telling, beautifully printed images in peace. A bonus: a poem by Patti Smith. A wonderful portfolio of little monsters—or little angels, as you prefer."
—Kirkus Reviews

As seen on
Elle
ABC News
Artnet News
The Week