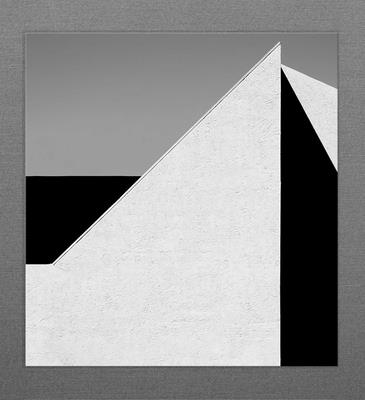 By Nicholas Alan Cope (By (photographer)), Rick Owens (Foreword by)


Not On Our Shelves—Ships in 1-5 Days
"The results of his monochromatic efforts are staggering, and blow almost all other architectural photography out the water." -It's Nice That

LA is a city of contrasts-the famous and unknown, blinding light and impenetrable shadow, wealth and poverty, massive success and bitter failure. The promise of fame, fortune, sun, and beauty have lured millions to its beaches, hills, and valleys crammed with low slung buildings and palm-tree-lined boulevards. But beneath this thin veneer of perfection, Los Angeles is a city where the dueling public narratives of glamour and cynicism have inspired the sun-kissed perfection of Aaron Spelling along with the sun-bleached paranoia of David Lynch, the placid malaise of Sofia Coppola and the pulpy violence of Quentin Tarantino, the easy ascension ofPretty Womanand the wrenching sorrow and pain of a fall from grace as depicted in the classicSunset Boulevard.

Nicholas Alan Cope's photographs evoke a unique vision of Los Angeles and its contrasts as seen exclusively through its everyday architecture. Searching for the sublime core of the city's true nature, Cope strips away the extraneous, and focuses on the sheer beauty and simplicity of the cityscape. To an outsider, the profound cultural, historical, and architectural imprint of the City of Angels can be lost amongst the unsightly sprawl of stucco, strip malls, and irrelevant adornment. While the sunlight can be unforgiving and harsh, bleaching the landscape into a pale hue, the allure, for Cope, lies in the consistency and ubiquity of the buildings combined with the severity of the light accentuating the dramatic elegance of the architecture.Whitewashutilizes the whitest whites, the blackest blacks, and the modern and stark architecture of an idealized future that never arrived to tell the visual story of LA's uniquely conflicted soul.
Nicholas Alan Cope was born in Takoma Park, Maryland and started taking photographs as a teenager. He moved to Los Angeles in 2002 and began studying photography at Art Center College of Design in 2004. His time is now split between a series of personal projects and a growing commercial practice. He also works in collaboration with creative director Dustin Arnold on a number of his projects as well as an ongoing publication of their own creation. Nicholas has been the recipient of numerous awards as well as inclusion in PDN's "30 in 2011."
"The results of his monochromatic efforts are staggering, and blow almost all other architectural photography out the water." —It's Nice That

"Whitewash, is a black and white architectural photography spectacular." —Dwell

"...the book is a testament to the fact that seen through the right lens, what's likely to be fairly mundane in real likfe can appear to be monumental." —W

"Silent and sharp-edged, the stony geometries in Cope's work are entirely alluring, synthesizing the stark landscapes of New Topographics masters like Lewis Baltz and the dreamlike angles of Giorgio de Chirico into a silent language that is equal measures menace and seduction." —PIN-UP