The One That Got Away: My SAS Mission Behind Enemy Lines (Paperback) 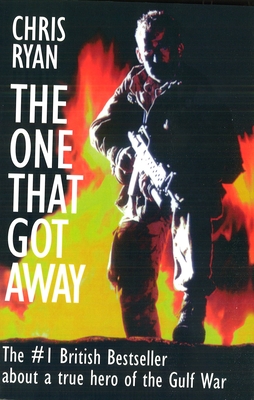 The One That Got Away: My SAS Mission Behind Enemy Lines (Paperback)


Not On Our Shelves—Ships in 1-5 Days
The British Army's Special Air Service is one of the world's premier special operations units. During the Gulf War, deep behind Iraqi lines, an SAS team was compromised. A fierce firefight ensued, and the eight men were forced to run for their lives. Only one, Chris Ryan, escaped capture or death, and he did it by walking nearly 180 miles through the desert for seven days and eight nights. This story features extraordinary courage under fire, narrow escapes, a battle against the most adverse physical conditions, and, above all, of one man's courageous refusal to lie down and die.
Chris Ryan was awarded England’s Military Medal for his Gulf War service. He lives in the south of England.