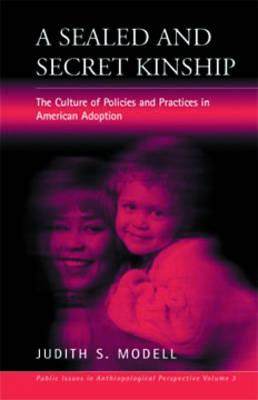 Adoption has long been a controversial subject in the United States as well as in other western countries, but never more so than in the past three decades. Why that is and how public attention affects the decisions made by those who arrange, legalize, and experience adoptive kinship constitutes the subject of this book. Adoption, the author argues, touches on major preoccupations we all have: who we are; why we are what we are; the balance of nature and culture in self-definition; the conflict between individual rights and social order.

The problematic nature of adoption in western societies is effectively contrasted by the author with cultures in many other parts of the world in which children are exchanged frequently, openly, and happily. There is no stigma, often even a high value, placed on being the adopted child in a family. This comparative perspective brings into sharp relief American, and by implication other western, policies that reflect a very different notion of kinship and family. Adoption thus reveals itself as one of the keys to western ideas about human nature, the person, rights, privacy, and family relationships.