Behind the Bedroom Wall (Historical Fiction for Young Readers) (Paperback) 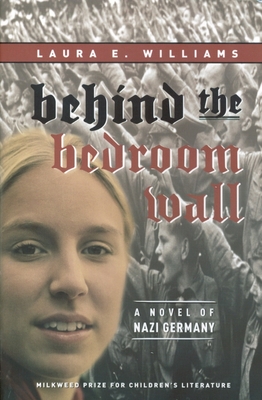 Behind the Bedroom Wall (Historical Fiction for Young Readers) (Paperback)

It is 1942. Korinna, a thirteen-year-old girl in Germany, is an active member of the local Jungmadel, a Nazi youth group, along with many of her friends. She believes that Hitler is helping Germany by dealing with what he calls the "Jewish problem," a campaign that she witnesses as her Jewish neighbors are attacked and taken from their homes.

When Korinna discovers that her parents--who are secretly members of an underground resistance group--are sheltering a family of Jewish refugees behind her bedroom wall, she is shocked. As she comes to know the family her sympathies begin to turn, and when someone tips off the Gestapo, Korinna's loyalties are put to the test. She must decide what she really believes and whom she really trusts.

An exciting novel for middle-grade readers, Behind the Bedroom Wall teaches tolerance and understanding while exploring why Nazism held so many in its deadly thrall.