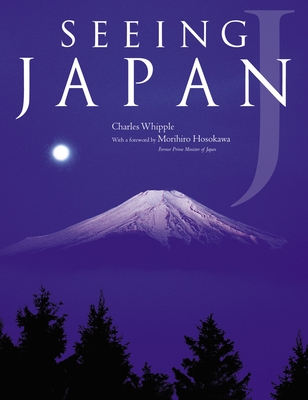 Seeing Japan showcases the best of the country today with lavish, full-color photographs and lively text. Introduced here is everything from the natural beauty of the landscape to the everpopular traditional arts and customs, as well as the high technology for which Japan is renowned the world over.

The islands of Japan form a crescent stretching from a subtropical twenty-four degrees north latitude to a subarctic forty-five degrees, the same range as from the state of Florida on the east coast of North America all the way up to Nova Scotia in Canada. Part I presents the tremendous range of landscapes and customs in the various regions of this extensive area, while Part II looks at the arts and traditions uniques to Japan that have developed over its long history. Part III gives essential background information on the country's history, language, and people.

Seeing Japan is a wonderful primer for visitors, a cherished souvenir — and indeed a must for anyone with an interest in this fascinating country.
CHARLES WHIPPLE is the author of the novel Vulture Gold, as well as of four books in Japanese. His articles on Japan and things Japanese have appeared in magazines and newspapers in more than a dozen countries. Born in Arizona, he studied Japanese history at the University of Hawaii. He has lived in Japan for over thirty years.


Former Prime Minister MORIHIRO HOSOKAWA has written the Foreword, in which he considers the unique qualities of the Japanese spirit that have produced such a rich cultural panorama. A wonderful primer for potential travelers, a cherished souvenir of a visit, Seeing Japan is a must for anyone with an interest in the country.
"This is a fantastic companion and guide to the best attractions, for the traveller who wishes to discover Japan for the first time, and perhaps several times after that. It's a true gem, a must-have for the traveller, for anyone planning to live in Japan or to reminisce about a visit to the country. Having lived in Japan, I found this unique book the best I have encountered on what to see in Japan and on the country's essence." —BookLoons.com

"...Among the best of the genre and fairly priced." —Library Journal

"Crammed with photographs, each book provides readers with sound bites of information written by an eminent foreign resident of Japan, a foreword by a distinguished Japanese, various short essays, and a map and chronology chart on the inside cover." —The Japan Times